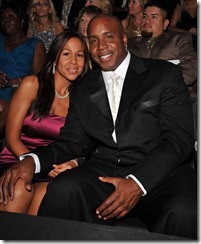 Many attorneys refuse to do pre-nupts these days. Their assumption is that they never hold up in an actual divorce. Wrong. First, what are pre-nupts? And, why does anyone need them?  California law assumes that after a couple gets married, all moneys earned by either husband or wife is community property, meaning if there is a divorce all money earned will be shared equally or divided equally.  When baseball star Barry Bonds married, he was earning $8 Million a year, she was earning zero.  Apparently, Barry Bond’s lawyer drafted a pre-nuptial contract where Barry’s fiancee was to give up certain rights to community property.  Barry handed this “pre-nupt” to his fiancee the day before their marriage.  She signed and they got married.  As long as they were happily married, no problem.  However, when they divorced, she wanted half the income Barry earned during their marriage.  Barry’s divorce attorney used the pre-nupt to say that she waived her rights.  The judge held that the pre-nupt was forced upon her under duress and therefore ineffective.  This meant that there was no pre-nupt in effect.  All the millions earned by Barry during their marriage was community property, to be divided equally at separation.  Ouch!

What could Barry have done differently?  Or more likely, what could Barry’s attorney have done differently?  First, Barry should have given his fiancee time and money.  Demanding his fiancee sign a complicated legal agreement the day before their wedding just did not sit well with their divorce judge.  Barry should have discussed this two months prior to marriage.  Secondly, Barry had an attorney, she did not.   Barry should have given $5,000.00 to his fiancee to have her find and hire her own family law attorney.  Barry’s attorney and her attorney would have negotiated a pre-nupt that the couple could both live with and which would have held up in court.  Here, Barry was penny-wise but pound foolish.  Had Barry spent $5,000 before marriage, he could have saved $millions.